Optimise pump controls automatically to save time and money

This article looks at how to optimise pump operations using rule-based controls using such things as the EPANET2 Toolkit. Until now, this has not been possible. We modified the toolkit so that it is.

Every time we open a tap, water comes out. I had never asked myself why, before starting my civil engineering degree. It was only after I did that I realised that there is a lot of work behind water distribution systems (a water distribution system is the system of pipes, valves, tanks and pumps that deliver us water). Before that, I thought it was kind of magic.

Now, about 15 years later, I think it is still a kind of magic. Not only because the design of these systems is complex, but also because their operation needs to take into account a lot of constraints. In particular, the pump operation.

How do you operate a pump?

The easy answer is to switch it on or off depending on whether the tank is empty or full, respectively. But, the small example in Figure 1 will show you that it is not that easy after all.

The pump in Figure 1 fills a tank that is used to provide water to the users. We can use the tank level to decide when to switch on or off a pump. 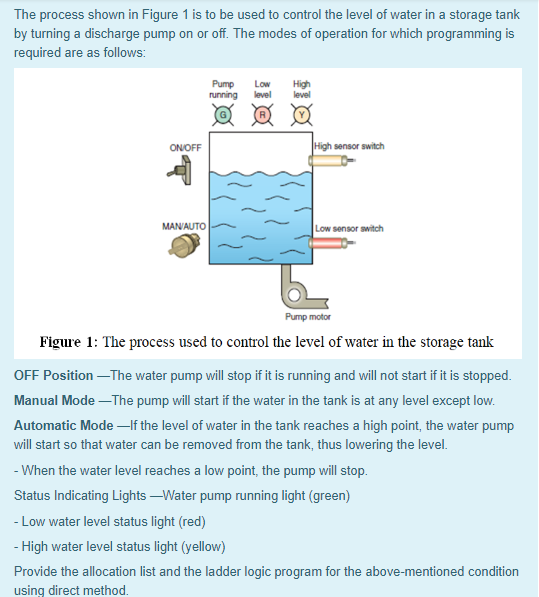 The pump controls in Figure 2 are not bad after all:

However, we could have done better and saved a bit of money if we had pumped more in the off-peak tariff period, where energy is cheaper!

Maybe, at this point, you are already wondering ‘who cares?’ Well, the water utility, and all the people involved in the pump operations do.  Research has also cared for a relatively long time (e.g. Lingireddy and Wood, 1998; van Zyl et al. 2004; López-Ibáñez et al. 2008).

On some level, you should care too. Here’s why: Pumps use energy, which costs money. No matter where you are, you pay for water (and the electricity used to move it) directly or indirectly (e.g. through taxes).

The problem is that we don’t know the water demands ahead of time. It makes predicting when we need to switch on or off a pump difficult.

Figure 3: the pump is switched on or off according to the time of the day

One way to take into account the uncertainty in water demands is to control the pumps based on multiple conditions.

For example, if we define a different set of tank trigger levels (when to switch on or off a pump) for peak and off-peak tariff periods, we can reach the pump operations shown in Figure 4. The figure shows that we don’t pump more than necessary in the peak-tariff period, but we can  also make sure that the pump will be switched on before our tank runs empty.

Figure 4: example of pump operation with two sets of tank trigger levels (one for the peak and one for the off-peak tariff period) using rule-based controls

We can implement this type of pump controls in the hydraulic simulator EPANET2 (Rossman, 2000).

You can see that the status of the pump depends both on the time of the day and on the tank level.

This means that we can have an optimisation algorithm that optimises the tank trigger levels taking into account peak and off-peak tariff periods.

But what if you want to operate a pump based on the level of multiple tanks? Real systems usually have more than one pump and one tank! Now we can optimise multiple conditions at the same time.

In Marchi et al. (2016) we also tried to let the algorithm optimise the entire set of rules. That is, the algorithm is deciding every word and value in a rule (for example RULE 1 above).

What we showed was that the algorithm was able to find less expensive solutions for the 24 hours tested!

There are many other possibilities

My hope is that the ETTAR toolkit can be used to find more cost-effective and reliable pump controls.